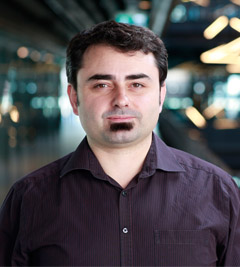 Burak Asiliskender is an Associate Professor at Abdullah Gül University Faculty of Architecture, and head of the Department of Architecture, since 2012. He is also one of the co-founders of the Argeus Architects.

He is one of the international members of the Docomomo (International Committee for Documentation and Conservation of Buildings, Sites and Neighborhoods of the Modern Movement). He has several papers, articles on the modernity, identity, space and place concepts, modernization and especially their spatial reflections on Turkey and Kayseri at early times of Turkish Republic, published national and international wide.